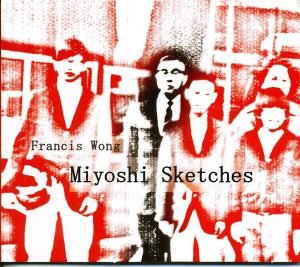 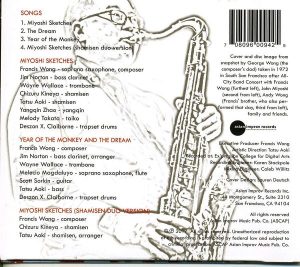 Legendary Asian American Jazz Icon, Francis Wong presents his new world music album, Miyoshi Sketches The title work is dedicated to Tomio John Miyoshi, who was my younger brother’s godfather, and the first Japanese American friend my parents met when they moved to the US in 1956. They met him at church after I was born in 1957 when my folks lived near Japantown in SF. He became a close friend, coming over on weekends, and as in this photo, would attend my concerts growing up. Through him, we would learn about the JA experience in the war, as he was incarcerated in WWII concentration camps, and joined the US Army out of the camps. He was part of the Military Intelligence Service, made up mainly of JA’s who could speak Japanese and would serve as interpreters and translators. He went on to serve in the occupation of post-war Japan. For my parents the friendship made it possible for them to understand what JA’s went through in WWII and overcome their feelings about what Japan did in the war. It is also a symbol of the possibilities in the post war world as represented by the make up of the ensemble. Musicians Francis Wong – soprano saxophone, Jim Norton – bass clarinet Wayne Wallace – trombone Chizuru Kineya – shamisen Tatsu Aoki – shamisen, bass Yangqin Zhao – yangqin Melody Takata – taiko Deszon X. Claiborne – trapset drums